The Lakecity International Film Festival is underway, and aside from the much-anticipated movie premieres and the stunning red carpet looks, the event will be attended by some of the eminent and renowned celebrities from Bollywood. Some of the celebs scheduled to attend the festival this year include... 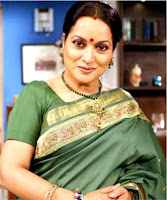 HIMANI SHIVPURI is a renowned Bollywood actress known for her roles in films and Hindi soap operas. After graduating from the National School of Drama in 1984,  Shivpuri made her debut in 1984 with Ab Ayega Mazaa, followed by In Which Annie Gives It Those Ones a TV film, in (1989), also starring Shahrukh Khan. She acted in many art films thereafter like Suraj Ka Satvan Ghoda, Mammo, Hum Aapke Hain Koun, Hum Saath Saath Hain, Aa Ab Laut Chale, Kabhi Khushi Kabhi Gham, Kuch Kuch Hota Hai and so on..  She made her television debut with the serial Humrahi followed by Phir Wohi Talash, Yatra, Hasratein, Kasauti Zindagi Kay, Ghar Ek Sapna, Baat Humari Pakki Hai and so on.. Having done over 200 films in Indian cinema, over 50 television serials and staged countless plays, Himani Shivpuri continues to be one of the only few actors who is equally active in theater, television and in films. She was awarded the 19th JAI National Award by Journalist Association of India. 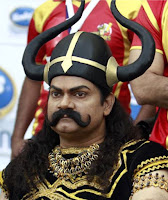 AKHILENDRA MISHRA is best known for his role as Kroor Singh in the 1990s DD’s series Chandrakanta. His other notable works include the character of Mirchi Seth in Sarfarosh, Arjan in Lagaan and the demon king Ravana in Ramayana as well as in Devon Ke Dev...Mahadev. His filmography include Lal Salaam, The Legend of Bhagat Singh, Gangaajal, Mumbai Se Aaya Mera Dost, Hulchul, Veer-Zaara, Shikhar, Ek Ajnabee, Ramji Londonwaley, Bhoot Unkle, Shootout at Lokhandwala, Aaja Nachle, Delhi-6, Atithi Tum Kab Jaoge?, Ready, Kaabil and others.  His work in serials include Diya Aur Baati Hum, Mahabharat, Tu Mera Hero and others. 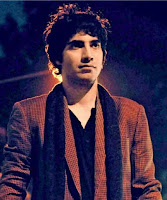 ARFI LAMBA is an Indian-born actor, producer and humanist who has appeared in films, television, theatre productions, television commercials, and print advertisements. His acting debut on screen came in 2008 with the film Slumdog Millionaire. He is known for his role in the action-comedy film Singh Is Bliing, directed by Prabhu Deva and co-starring Akshay Kumar, Lara Dutta and Kay Kay Menon. He played one of the lead roles in the romantic film Prague and a pivotal role in Fugly.  Co-owner and promoter of Bombay Berlin Film Productions, along with Katharina Suckale, Arfi  Lamba gained national exposure for his performances in Jis Lahore Nai Dekhya, Tere Pyar Mein and others. His television performance credits include AXN television’s Man’s World and Star Plus’ Prithvi Raj Chauhan. He is also seen in the award-winning student’s film An Open road with a dead end and a corporate film for Procter & Gamble. 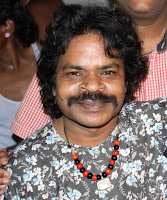 Omkar Das Manikpuri is an Indian stage and film actor, who has been a member of folk-theatre doyen Habib Tanvir's, the Naya Theatre company for several years. He made his Hindi film debut as a male lead in Aamir Khan productions' Peepli Live who got overnight fame and sensation as Nattha where he played the main lead. His upcoming projects include Hindi and Chhattisgarhi films and a Chhattisgarhi folk music album. He also played the role of Jagannath in the TV series Santoshi Maa. He also did Bhulan Kaanda as the main lead as well as a short film Khatoon ki Khidmat which is going to be screened at our festival. 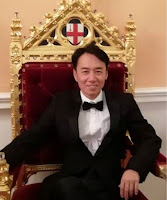 JUNICHI KAJIOKA is a Japanese actor and producer based in London, UK. He made his film debut in the award-winning film Devils on the Doorstep, directed by Jiang Wen and premiered at  the Cannes Film Festival . He has played major roles in the 69th Golden Globe Awards nomination film The Flowers of War, directed by Zhang Yimou and City of Life and Death, directed by Lu Chuan. He also played Japanese historical figure Monk Fusho in Jianzhen Dongdu, and Yamagata Aritomo in Taiwan 1895. He was one of the pioneer Japanese actors who acts widely in the UK and worldwide. He has recently acted in Universal Pictures 47 Ronin, and Taking Stock. He was nominated for Best Performance for King of Life at the 2012 TIFF and won Best Actor for Phone Box at the Lakecity International Film Festival in 2013. He has also worked as producer and produced King of Life and Cello. He is currently producing an Indian film My Japanese Niece and an American film Barcode Man, in which he plays the leading roles. 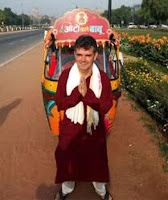 CHARLES THOMSON alias Biharilal is an Australian Actor who speaks fluent Hindi in the Bihari style. Shuttling between Australia, Thailand and India, Charles has acted in several Hindi movies and in Marathi movies, and TV serials as well. Charles' first film 1909 (Marathi) has received great reviews and even made the front cover twice of the Shiv Sena mouthpiece Saamna. In late February 2017, Charles joined Zee Media to do some special shows including Auto Wale Babu on both Zee News Hindi & WION. Charles is now acting in three Hindi films all planned to be released this year. 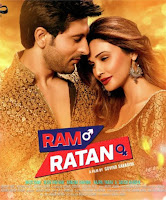 RISHI BHUTANI gained recognition as a good Actor in the thriller movie Bolo Raam that earned him a nomination for Best Actor category at the Lions Gold Awards. His other releases include Jai Jawaan Jai Kisaan as Jawaharlal Nehru, Ram Ratan with Daisy Shah, Vodka Diaries with Kay Kay Menon, CuteGirl_87, Gandhigiri, LOC - A Playground, Madisar Mami, and others. His upcoming films include Ashley, Teri Talash, Zindagi Jhingalala Re, Highland (A French Film), Code Blue, Bed No. 17 and others. 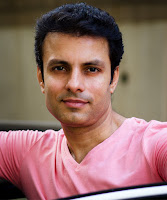 Actor NAKUL VAID best remembered for his role in Shimit Amin’s Ab Tak Chappan as Inspector Jatin Shukla is an Indian film actor who has appeared in the film Chak De! India (2007) as Rakesh, The Lunchbox (2013) as Rajiv, Ab Tak Chhappan (2004) and others. He also played the lead roles in films like My Dear Wife by Chandan Kumar, Samvedna (2002) with Ayesha Jhulka, With Love Tumhara (2006) as Akshay and Mohandas (2009) as Mohandas by Mazhar Kamran. His other notable performances can be seen in films like Vadh as Inspector Vijay Singh, Yatra by Gautam Ghose, Baghban as Kapil, Rama Rama Kya Hai Dramaa?, Shankhachil as a BSF Jawan and Happy among others. An avid sportsman, Nakul is into cricket and football and wishes to do a sports film. 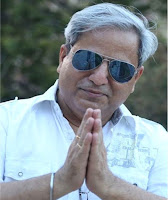 DR. HARVINDER MANKKAR doesn’t need any introduction as his work speaks for him. He is a living legend of his field having illustrated more than 22,000 books, directed and wrote for more than 800 commercial advertisement films, more than 1200 Live Corporate Shows, Travel Shows, TV Fiction Serials and as a writer he did 4 Hollywood films and many Bollywood films. His cartoon characters Motu Patlu are quite famous in Animation world. He wrote and directed the short film KHOJ and DARK MIRROR entirely shot on Mobile phone which are first of its kind films. He has many National and International Honors & Awards to his name. NIER (National Institute of Education and Research) and Victoria Global University, USA has honored him for his esteemed contribution in field of Literature, Art and Cinema with a Degree of Doctorate. With his dedication and zeal towards his work, he is Dr. Harvinder Mankkar today. 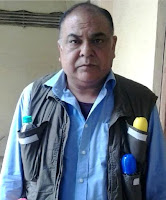 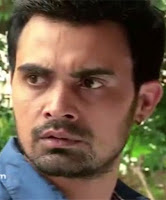 SAHEEM KHAN is one of the most prominent Actor of Crime Patrol series. He started working as a lead actor in Hum Honge Kamyab Ek Din on Doordarshan and since then hasn’t looked back. With more than 250 episodes of Crime Patrol and about a 100 episodes of Saavdhaan India, he mostly does negative or grey shade roles. His filmy career started with the 2013 film 'Chehra'. However, his positive and predominantly stronger roles are seen in films like 'Maatr' with Raveena Tandon or in Jagmohan Kapoor's 'Parakastha' with Masumi Udeshi.
Home
Subscribe to: Posts (Atom)