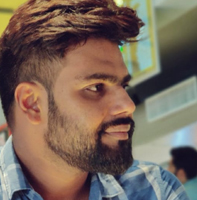 Vinay Kumar (Actor & Acting Professor)
A Theatre Acting Graduate from Bhartendu Natya Academy of Dramatic Arts, Lucknow and a Film Acting Graduate from Film & Television Institute of India, Pune; Vinay Kumar is an accomplished actor who has just seen the release of his Bollywood Hindi movie “Satellite Shankar” that was directed by Irfan Kamal based on Army background. His next movie that awaits release is “Gul Makai” based on Malala wherein he is playing a Talibani negative character.

He has also worked in ALT Balaji's web series called “DEV-DD” with Sanjay Suri, done many Short Films in FTII for Film Festivals, Ad films for Various brands, as well as acted in Crime Patrol, Savdhaan india, Criminal mind, CID etc.  He has also worked as Mentor of TV show “India’s best dramebaz’ on Zee TV. He has also conducted theatre and film workshop in Varanasi, Jammu and in Mumbai.

Satish Shukla (Director)
Satish Shukla is an accomplished director who after being associated with well known serials, individually directed a lot of episodes of crime patrol. He is also the technical director for Zindagi Jhinga lala re which is scheduled to release soon. He also directed a short film “Just Think” that went on to bag few awards at film festivals. 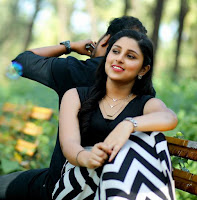 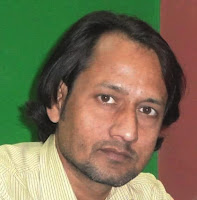 Saajan Verma "Sanjay" (Film Critic & Journalist)
Saajan Verma “Sanjay” is Film Critics and Founder of FilmySansaar.com – a total filmy portal featuring Bollywood news & reviews, latest releases, trends & analysis, gossips and gupshups and more. An avid Hindi writer, Saajan Verma has worked for many producers and directors in Indian Film Industry. It is this interest towards the film industry that led him to start FilmySansaar.com which is now a sought after portal for anything and everything related to Bollywood and Indian Film Industry. Not only a good writer, but Saajan Verma has learnt all the ropes of film making from the stalwarts in the industry. Also a technical maverick, he has immense knowledge in the field of graphic designing and media production. 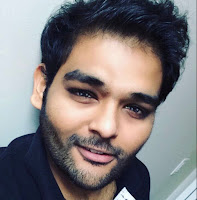 Vivek Vyas (Critic & Cinema Buff)
An “Aircraft Maintenance Engineer” to sustain and further studies in Canada for “Aerospace Manufacturing Engineering”, Cinema and Theatre happen to be his first love. While graduating with honours, Vivek Vyas dabbled with theatre as well as in the creative field in the Confederation College Performing Arts Club! From creating shows, working on stage, and behind the scenes, he is a true Theatre buff. Same time, he dabbles with cinema and spends a lot of time watching movies old and new, Indian and western as well. But his major time is spent watching World Cinema and honing skills as a critic. He aims to change how independent films are curated and viewed by the audience. With the fast changing pace in film making technologies and distribution channels, he believes in giving more power to the indie filmmakers through these film festivals by giving them a platform to showcase their work.
Home
Subscribe to: Posts (Atom)